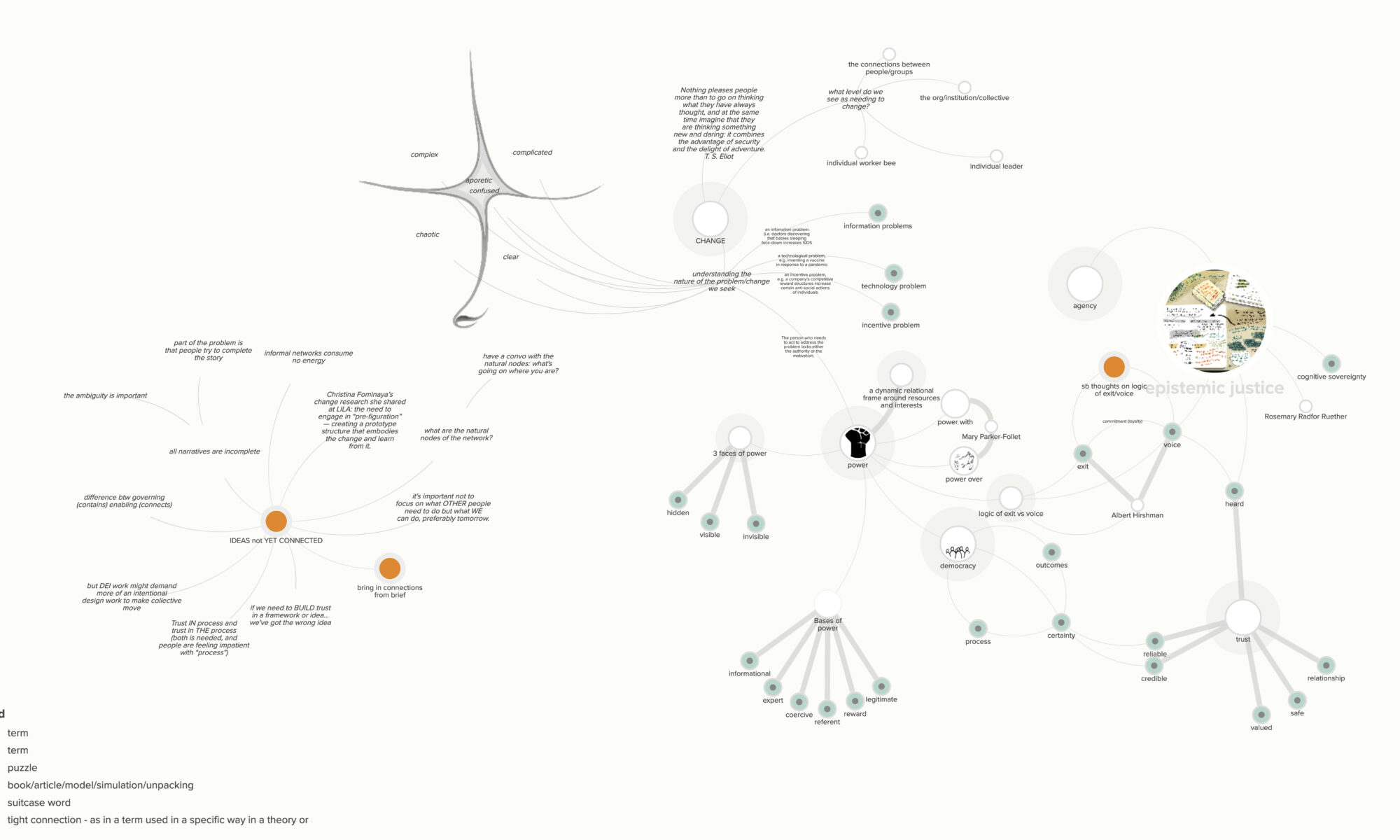 I had the pleasure of dipping back into the Learning Innovations Lab (aka LILA) for a couple days during the recent April gathering. There were some fascinating models, contexts, and puzzles that surfaced from the work of Hahrie Han at Agora Institute and David Snowden of the Cynefin Company. [On a related note, I keep forgetting to say it but I am the currently the cynefin artist in residence at the Cynefin Co].

I played around with a couple different ways (for me) of wading through the content: drawing directly into miro, and trying out kumu’s sketch mode.

Miro and Kumu each have their affordances and I’m still trying to sort through what those are so will assemble my thinking on it here.

Some of the affordances of miro that I couldn’t live without are:

During day two of the event I played around with real-time kumu capturing (fortunately, I only had some facilitating responsibilities and could play with knowledge-mapping in parallel during many of the conversations). Once I got the hang of kumu’s “sketch mode” (and realized that the undeletable phantom elements I kept creating would just disappear on reload) it was incredibly powerful. Pan, zoom and select items to check it out. I didn’t get very far with fleshing out the element details but it was a fun exploration and shows potential.

The few things I was missing from miro were

As I see it, the big affordances of kumu for this kind of real-time synthesis work are:

I don’t see miro or mural catching up on these any time soon. I’ve played around with real-time capture in my roamdb graph as well but it’s so painfully text-based and there’s no way to manually move things about to juxtapose them. [yeah, i know I can embed images but they don’t show up at all in search results which is a huge problem for me]. If you’re handy with the keyboard short-cuts you mix& match ideas using block transclusion, but I long for a spatial solution.